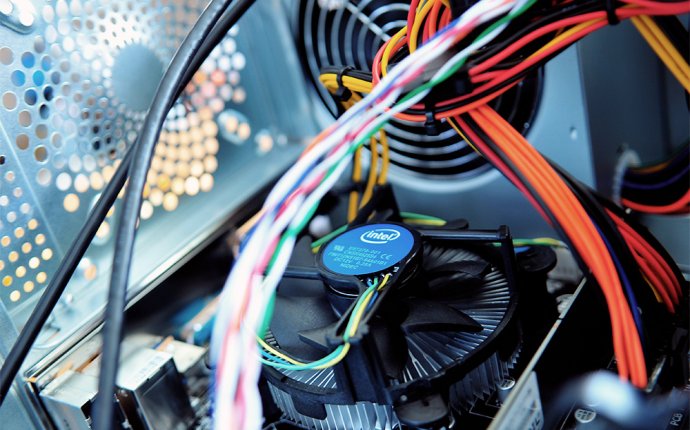 Dropped my phone, shattered my screen, googled iphone repair, dropped off my phone at Tucson Computer & iPhone Repair, and had it completely fixed all within a 2 hour time period. Very professional, quick, easy - my phone looks brand new. Thank you!

Got my iPhone screen fixed for 100 bucks in less than an hour. I can't complain, and when I had an issue with it the next day, the owner happily fixed it with no charge. I'd take my phone here again. Convenient, fast turn around and fair pricing- only downside is that it's in a weird part of town and the shop is slightly disheveled.

At the worst possible time during the semester, my MacBook pro decided to crash. The Apple store told me they wouldn't be able to fix the problem unless they wipe my hard drive. My entire college career is on this laptop, so that was devastating news. I was then referred by a friend to Chris here at Tucson Computer Repair. I immediately called him and he was very accommodating. I brought the laptop in right away and within a few hours he told me that he was able to save EVERYTHING on my hard drive. What a huge relief! Within one day, he transferred everything over to my new laptop. His urgency to fix my problem and his high quality work allowed my crisis situation to be not nearly as bad as it could have been. He is extremely helpful and sincerely cares about solving your computer problems. Meanwhile, Apple was ready to wipe my hard drive without giving me any other options! Go see him if you're having issues with your computer, he's the best!

had a faulty driver on a PC. chris was very fair and responsive. he knows his stuff, and it's nice to work directly with the shop operator. good little find in midtown!

I dropped my iPhone just yesterday and walked in today to see if I could get my screen and digitizer replaced, and Chris helped me no problem. He only took 45 minutes to repair my phone and now it's brand new for a quarter of a what a new phone would have cost me! Highly recommend this place, I am very, very pleased.

Laptop crashed a couple months after installing Windows 10. Chris had done previous work on an i-pad, so took it to him. After diagnosing that graphics card would not support 10 after attempt to reinstall it, Chris re-installed windows 7 and provided in-person support for getting programs and utlities lost in the process re-installed as well. Honored original quote in spite of the extra work that was required. Make this your first (and last) stop for any computer repair!

This dude does it right. Has fixed my I-phone screen countless times and recently did a job on my wifes desk top. I highly recommend TCRS. Chris is the man when u need i-phone repairs.

Very happy with the work even if I didn't like the outcome. While I was riding my bike my computer bag fell off my shoulder and got caught in the front wheel of my bike. The screen was shattered and the corner of the laptop was damaged. I called the computer company and they said 1) accident insurance is not included 2)I would have to pay a minimum of 400$ to get it fixed as well as a minimum of 7 days. Unacceptable especially considering I work from home on my laptop. So I found this place on Yelp and went. He fixed my screen (by taking off the outer touch screen layer and leaving just a regular screen underneath) and computer cosmetic damage for a little over 100$ and while he was doing the work, he gave me a loaner laptop. I was very happy with the repairs but for whatever reason the motherboard crashed two days after I got the computer back. Chris identified the problem and then transferred my data from my damaged new computer to my new new computer, without charging me (which was really nice of him). I would totally go back if I ever have another problem with my computer.

Seriously pleased. Vacationing in Tucson And son broke my sister's screen of her laptop. I yelped this company, called, he said he had one in stock, told me the price (which sounded reasonable) and said if he wasn't too busy, then he could repair while we waited. 20 mins and it was done. I had also called another company who told me that I needed to come down, gave me the runaround that he had to "see" the computer. Quoted a lower but similar price. But didn't have it in stock. If that company did have it In stock, and was slightly less i would still have went with this company. Just bc i didnt get the run around. I understand that many people "price shop" and not sure how you protect yourself with that. I think if all the same, i would choose the one with better yelp reviews.

Bought an iPhone on eBay about a month before Christmas for my daughter. After an initial check out and having it stowed away for a month, discovered on Christmas day that the screen was defective. Tried everything and then decided the screen probably needs to be replaced. I found Chris on Yelp and sure enough it was a simple and straightforward process. He swapped the screen on the spot to verify that was it and then in about an hour, he had it replaced and ready to go. I highly recommend this business for your iPhone repairs.