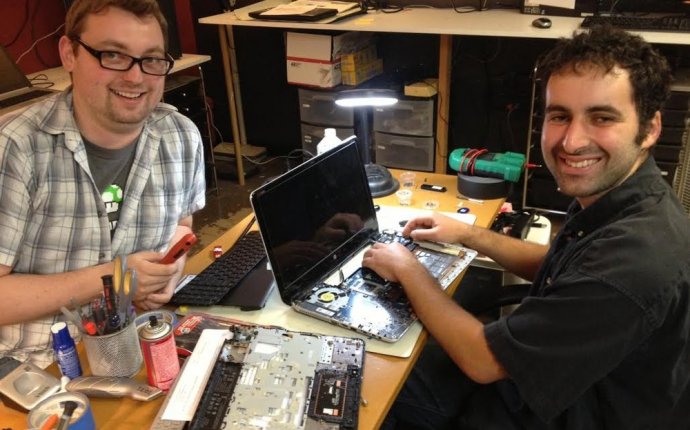 By: Andrea Eldridge, CEO and co-founder of Nerds On Call, an on-site computer and laptop repair service company.

In 2009, Nerds On Call was looking for another opportunity to expand our business and offer computer repair in more locations. We wanted to find a city that fit our interests and one that we could help the greatest number of people in. We had heard that the dream of the 90’s was alive and well in Portland – the 1890’s in fact. We couldn’t wait to establish Nerds On Call Computer Repair, Portland branch. Being the retro enthusiasts that we Nerds are, we eagerly jumped on the opportunity to set up shop in the city! Nerds On Call entered Portland in 2009, the same year as another Oregon location. It was our third store that we had opened in Oregon. The year previous we had opened our other Oregon store to offer computer repair in that city as well. Hoping to blanket the beaver state in computer repair locations, we thought Portland would be the perfect fit. It’s a giant city with plenty of interesting people – and connected, computer-using people at that.

The Portland Nerds On Call store also provides computer repair to the sister city of Vancouver. Our Nerds are mobile and not just stuck in a store, so we are able to go just about anywhere in the area to fix computers! One of our proudest accomplishments in the city is the giant sign for Nerds On Call Computer Repair Portland commuters can see while driving on the I-5 every day!

To date, Portland is the largest city that Nerds On Call services. We wanted to be the computer repair Portland needs – and we hope that in the three years hence we’ve been everything we promised to be.

Ryan and Andrea Eldridge, the founders of Nerds On Call, love to visit Portland. When they’re not out fixing computers, they enjoy taking their kids to the children’s museum and the Portland zoo. In fact they had become local celebrities, as for over six months, Andrea Eldridge appeared on More Good Morning Oregon regularly to provide helpful tips about computer repair Portland residents could use! While she spends more of her time being a mother now than appearing on television, her tech advice can still be found on the Nerd blog.

Give Nerds On Call Computer Repair Portland a call today!

Don’t worry, we still have tech expert, Josh Garnick, one of computer repair specialist in Portland. He has even appeared on the news as well. During the mid-2012 DNS changer computer virus epidemic, he was invited to speak on the subject on KVAL and let computer users know some tips about the possibilities that the virus presented. You can find the video and related article here:

Thanks for being a part of everything that Nerds On Call has been up to in Portland for the past three years! We hope we’ve provided you all with quality computer repair and courteous customer service. Feel free to stop by anytime or give us a call – we’re always happy to hear from you, even if it’s just to chat!

About The Author: Andrea Eldridge is CEO and co-founder of Nerds On Call, a computer repair company that specializes in on-site and online service for homes and businesses. Andrea is the writer of a weekly column, Nerd Chick Adventures in The Record Searchlight. She prepares TV segments for and appears regularly on CBS, CW and FOX on shows such as Good Day Sacramento, More Good Day Portland, and CBS 13 News, offering viewers technology and lifestyle tips. See Andrea in action at