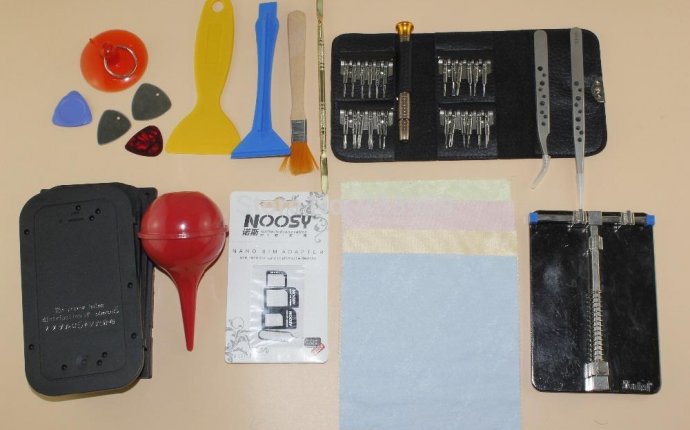 Before one really sets out to work on a computer system, it is very important to make sure you have the proper set of tools. In the middle of building a system or even doing a repair job, it is a major distraction to have to go searching for another item you need to complete the job. With that in mind, here is my guide to tools that it is important to have on hand when doing work on a computer. Remember that a computer houses lots of components that are sensitive to electro static discharge so it is best to try and get tools that are designed to prevents this.

This is probably the most important tool to have out of all of them. Pretty much all computer parts are fastened together to the computer through some form of screw. It is important that the screwdriver not have a magnetic tip. Having a magnetized object inside of the computer case can damage some circuits or drives. It is not likely, but best not to take the chance.

If you plan to work on a notebook computer, they typically use a smaller style of screw. For this, you want to look for a Philips jeweler's screwdriver or a 3mm sized model. This is a much smaller version that will fit the small screws. A few companies use a fastener called a torx that is pointed star, but usually these are not meant to be removed by the user.

Ever look inside a computer case and seen all the jumble of wires all over the place? Just the simple use of small plastic zip ties can make all the difference between a jumbled mess and a professional looking build.

Organizing the cables into bundles or routing them through specific paths can have two major benefits. First, it will make it much easier to work inside of the case. Second, it can actually aid in the airflow inside of the computer. Just be careful if you make a mistake and need to cut the zip tie.

There are also some reusable options such as velcro straps and large external cable management ideas.

Not many people have seen these unless you have a computer tool kit. It looks like a screwdriver except it has a head like a socket wrench. There are two typical sizes of hex screws found inside computers, 3/16" and 1/4", but the one that will most likely be encountered is the 3/16" one. The smaller hex driver is used to install the brass screw standoffs inside of the case that the motherboard resides on.

The most frustrating aspect of building a computer is dropping a screw inside the case and it rolls in the tightest corner so you can't reach it. Tweezers are very helpful when working in tight spots or for retrieving that lost screw inside of a computer case. Another area where they are very handy is for removing any jumpers from motherboards and drives. Sometimes small gripper devices that feature a set of small wires in a sort of claw can really help. A plunger at the top of the device opens and closes the claw to easily pick up a screw in a tight spot.

This is probably one of the most important cleaners to use with a computer. It is a very high quality rubbing alcohol that can be found in most drug stores.

It does an excellent job of cleaning off thermal compounds without leaving a residue that could impact future compounds. This is typically used on the CPU and heatsink to make sure they are clean before they are mated together. It can also be useful for cleaning contacts that have begun to corrode. It is typically used in conjunction with the next couple of tiems.

Lint and dust can cause lots of problems inside of computers. In particular, it builds up inside the case and gets deposited on fans and air slots. This will directly impact the flow of air inside the computer and can lead to overheating and failure of components.

It also has the potential of shorting a circuit if the material is conductive. Using a lint free cloth to wipe down the case or components will help prevent the build up of dust.

It is amazing how dirty computers can get with the dust and grim from use. The problem is that some of these small cracks and surfaces can be hard to reach. This is where a cotton swab can come in very handy. Be careful about using the swabs though. If the fibers are too loose or there happens to be a sharp edge that it can snag on, the fibers may end up residing inside the computer where it can cause problems. This is best used only for cleaning exposed contacts or general surfaces.

The most obvious use for plastic bags is to store all those loose parts after the computer is finished or even to hold the spare screws while you are working on it. It helps prevent the loss of these small parts. Another area where it is useful is for spreading thermal compounds. Thermal compounds are directly impacted by the oils from the human body. By putting your hand inside the bag before touching the compound for spreading, you keep the compounds free of contamination and thus better suited to conducting heat.

Static electricity can cause severe damage to electrical components due to the short high voltage burst caused by a discharge. The easiest way to deal with this is to use a grounding strap. This is generally a velcro strap with a metal contact fixed to a wire that you clip to an external metal part to help discharge any static charge that may build up on the body. They can be found in either disposable or the more useful reusable style.

As previously mention, dust is a major problem for computer systems over time. If this dust gets bad enough, it can cause overheating and potential part failures. Most computer stores sell cans of compressed air. These may be useful for blowing dust out of parts like a power supply, but they tend to just spread the dust around instead of removing it. In general, a vacuum is best because it pulls the dust off the components and out of the environment. Specially designed computer vacuums or blowers are nice, but I find that a standard house vacuum with a decent set of hose attachments can work just as well. If conditions are very hot and dry, avoid using a vacuum as it can generate a lot of static electricity.

Of course, if you don't want to try and put together your own kit, there are plenty of existing computer tool kits available on the market. Some of the best are from iFixIt which is a company that specializes in instructing consumers on how to repair their own computers. They offer two kits, an Essential Electronics Tool Kit and Pro Tech Tool Kit, which offers the basics or just about any tool you might need for any type of computer or electronics device. It should be noted that these are only tools and it does not include some of the other items I have mentioned in this article that are more disposable in nature.